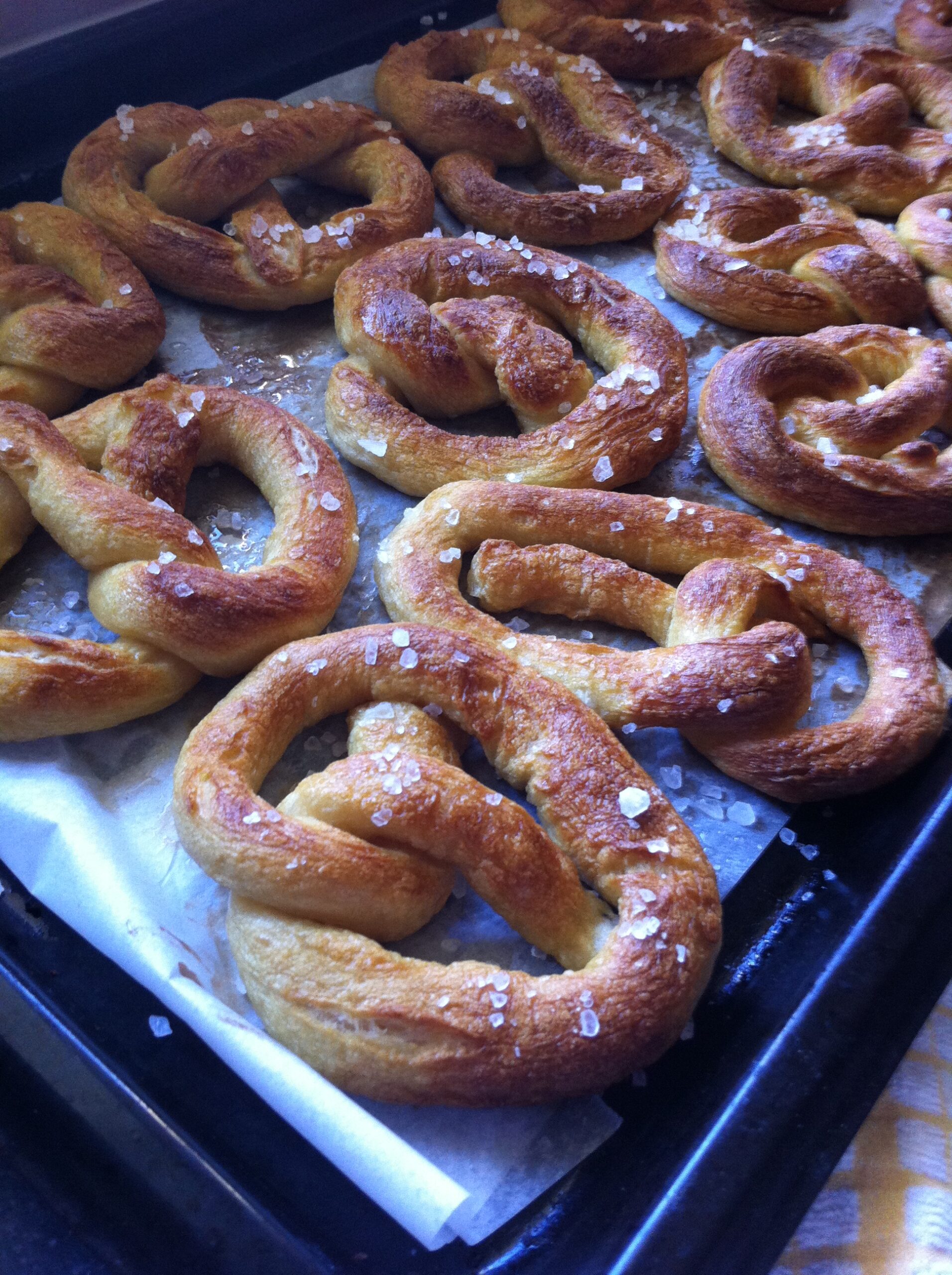 If a cold stein of beer at Oktoberfest does not grab you a fresh pretzel surely will. They are easy to make with no food processors or mixers needed.  To minimise clean up use a large bowl for mixing, rising and kneading as well as two tea towels under a copping board for rolling and knotting.  Otherwise you could end up with flour and sticky dough all over your kitchen bench. Pretzels are also a fun activity for kids to get involved with during the rolling and knotting stage.

Best eaten right out of the oven (when cool enough to handle).
Butter is a must and beer is optional.